The Legend of the Kuriles 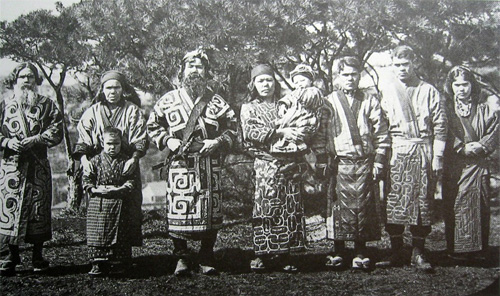 In ancient times on the distant and unknown Pacific Islands there lived people who called themselves the Ainu. They called the outlanders who came to their shores the “Kuru.” In the Ainu language this meant “the man who came from nowhere.” And the Ainu received the name “the Kuril people” and later the archipelago became known as “the Kuril Islands.” 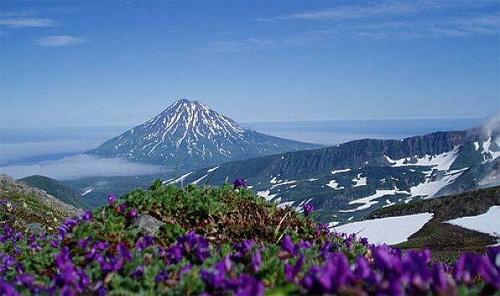 This distant and fancy land of picturesque mountains, waterfalls, volcanoes and hot springs harboured many different species of animals, birds and fish. The climate of the islands is very severe. In winter there are frosts from -10 to -20 with blizzards and storms, and in summer the temperature reaches +10 – +15 with fog. Earthquakes often occur. Nevertheless, the islands were gradually settled by the Russians and Japanese accustomed to difficulties and losses. Bobtail cats appeared there as well.

There are several versions about the origin of the Kurilian bobtails. Here is one of them… 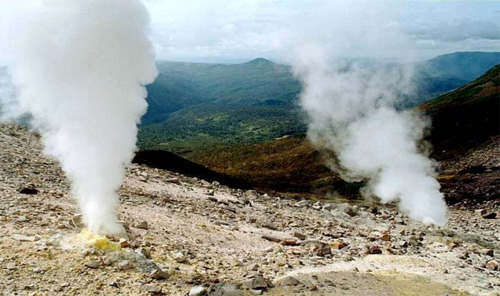 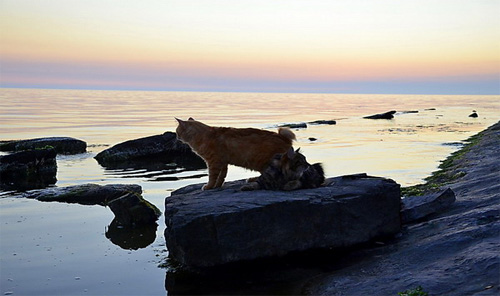 Once upon a time in England there lived Bobtail cats. This breed was called Manx. Fishermen and travelers took these strong and brave cats with them to the sea to catch ship rats. Sailing along the distant shores, sailors anchored and acquainted themselves with the way of life of the local people. Curious Manxes also got acquainted with the way of life of other cats. For this reason or another bob-tailed cats thrived mainly on islands and coastal territories. In various parts of the world they got different names and acquired their own distinctive features. During years of cross-breeding with local animals distinctive aspects of the Kuril, Japanese, Karelian and American bobtails appeared. But one thing they have in common: instead of the usual long tails they flaunt the short ones. Each little tail is unique as a fingerprint. Some resemble spirals, some upturned hooks and other bend like a short snake. Modern felinologists named them: spiral, stump, duster brush and approved the length from 3 to 8 vertebrae.

Regardless of gender the Kurilian bobtails are first-class rat-catchers and hunt various small game – it is in their blood from their ancestors, and your pet will make use of its innate abilities. On the Kuril Islands only Bobtail cats can save from numerous large rats and mice. And these cats easily catch snakes, hares, squirrels, etc. Besides, bobtail cats are professional fishers. 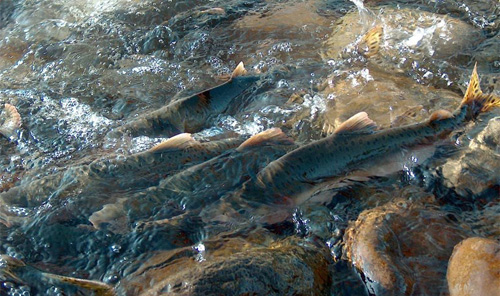 All the more, the time of humpback salmon spawning season in nature coincides with the time of kittening. For two weeks they go far away from human dwelling and build nests. It has been observed that on the islands a tomcat remains faithful to his lady-cat for all his life. Perhaps this is due to the fact that in their natural habitat the brood of the Kurilian bobtails includes 2-3 kittens and mostly tomcats. So there are much fewer lady-cats on the islands and they are at a premium. The Kurilian bobtails bring up their kittens together. They are very responsible parents. Both parents take care of feeding, hygiene, imparting hunting and fishing skills. 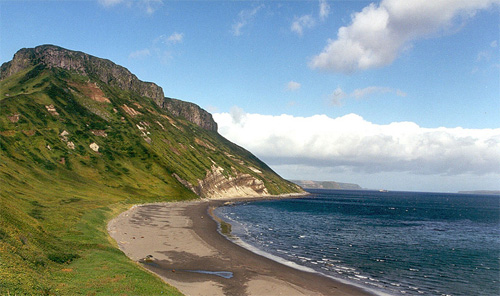 The first thing that amazed visitors to the Kurilian islands, save their unique nature, was wild cats – the Kurilian bobtails. Extraordinary animals similar to pet lynxes, jumping like hares, loyal like dogs and tender like cats could leave nobody indifferent. When leaving for the mainland geologists, scientists and tourists took these amazing cats with them. The interest in this breed is increased. They were noticed by Russian breeders and cat fanciers.

In 1991-1992 the felinologists Tatyana Bocharova and Liliya Ivanova made several trips to the islands of Iturup, Kunashir and Shikotan. They brought wonderful Kurilian bobtails with them thus initiating the breeding work on travel and recognition of this Russian native breed in the world. 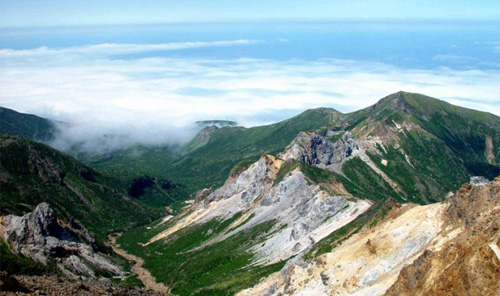 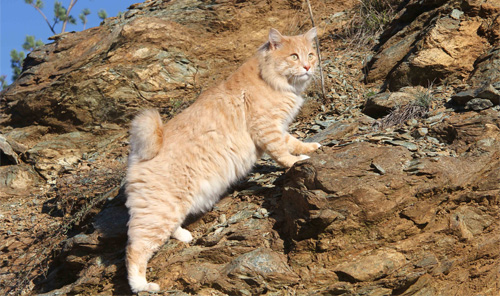 In 1996 the standard of the Kurilian Bobtail was approved by the World Cat Federation (WCF), and in 2002 the standard was adopted in the International Federation of European Cat Fanciers (FIFE). Since that time the Kuril bobtails have acquired the right to participate in international exhibitions and win the hearts of cat fanciers at the official level. They compete not only with Bobtail breeds, such as the Manx, the American Bobtail, the Japanese Bobtail, the Mekong Bobtail, the Pixie-bob, etc. The Kurilian Bobtails quite confidently compete with the cats with gorgeous tails: the Persian, the Maine Coon, the Exot, the Abyssinian, the Ragdoll, the Birman, etc.

The interest in this breed is increasing every year. And this is understandable since they have exotic looks of a “pet lynx”, they are well adapted to any climatic conditions, have enviable health and do not spread foul smell. Not only are they active companions in all your endeavors, but also irreplaceable assistants in the garden and summer houses.